skip to main | skip to sidebar

To us, today, the race seems peculiar. It consisted of two fit young men running around the small track at Madison Square Garden in New York City 262 times. This event took place on the night of December 15, 1908, and it involved the two competitors circling the track time after time to cover the marathon distance of 26 miles, 385 yards (42.2 kilometres.) With about four laps to go, one of the two - Dorando Pietri of Italy -- pitched forward on his face, barely conscious and unable to muster one more step. The other runner, close to exhaustion, struggled on alone over the rest of the distance. When he crossed the finish line, he had been running for 2 hours, 45 minutes, and 5.2 seconds, and he won a prize of $3750. The victorious runner was Tom Longboat of Canada.
Those of us who follow track events today watch them from quite a different vantage point. Even if we see them live, there may be big screen coverage, instant replays, and ongoing announcement of the event. If we watch at home, television provides us with footage of past races, impressive listings of statistics, and of course, upon conclusion of the event, the all-important personal interview with the victor and other contenders. Most of today's sports fans would find the Madison Square Garden contest "the athletic equivalent of watching paint dry." Today, individual athletes typically find fame as members of teams; at the beginning of the twentieth century, the fashion was for individual contests of endurance: boxing, running, single-scull rowing events. Yet, in some ways, the lives of sports celebrities haven't changed all that much.
Born in 1887 on the Six Nations Reserve near Brantford, Ontario, Tom Longboat's story was the familiar story of an athlete rising from obscurity and poverty to near-cult status as a runner. Natural talent made him a runner; athletic training, in the sense that we now know it, was nonexistent. As he gained celebrity, a series of manager-agents attempted to gain control of his career; however, Longboat's lack of education and innate naivete made him ill-equipped to handle the substantial sums that he won at a variety of events, perhaps the most famous being his winning of the 1907 Boston Marathon and his competing in the 1908 Olympics. In fact, like many sports heroes, he found that once he was no longer a competitor, money was very tight, and he spent most of his life working at fairly humble jobs. Like his contemporaries in the Black American community, Longboat faced prejudice, and sometimes, bad press, simply because he was a Native Canadian, a fact of which he was proud. Longboat never denied his heritage and, in his later years, he returned to the traditional beliefs and faith practices of the Onondaga Nation.
You don't have to be a sports fan to enjoy reading The Man Who Ran Faster Than Everyone. Batten is a wonderful story-teller: Longboat's history comes alive, both through well-researched descriptions of the people and events of the running community of eastern Canada during the early twentieth century, and through the many black and white photos of Tom Longboat, his rivals, and his associates. Skillful comparisons with the contemporary sports world make us aware that, despite incredible technical advances in the equipment used by even weekend athletes, other things remain the same; rumours of performance-enhancing drugs circulated even a century ago, and the public could be incredibly fickle in its affections.
In 1998, Maclean's magazine saluted "The 100 Most Important Canadians in History." Longboat appeared at the top of a 10-person listing called Stars, eclipsing modern-day sports icon, Wayne Gretzky and pop diva, Celine Dion. After reading The Man Who Ran Faster Than Everyone, you will know why. As a biography, social history, and sports history, this story of a great Canadian sports hero deserves a place both in middle-school and high school collections.
Tom Longboat's life makes an enlighten­ing story. Longboat was a superior athlete who was also a thoroughly impressive person. He persisted in his ability to run, much to his and Canada's benefit. This persistence contributes not a little to the success of this book by providing the suspense of the races. The author, Bruce Kidd, a runner himself, has written an affectionate biography: "One hundred years ago, in the early days of Canadian sport, many of the most outstanding athletes were native people... the finest made men in the world ... always the one to beat."
Cogwagee, whose English name was Tom Longboat, was an Onondaga, born on the Six Nations Reserve, June 4, 1887. Longboat was strong, agile and active. He loved to run and to play lacrosse, and the mission boarding school was like a prison to him. He ran away from the school at the age of twelve and worked for his uncle on the farm.
In the spring of 1905 Longboat entered his first race and loved it so much he vowed to train himself. He was a natural and chose the right way to train; he was systematic, and gradually extended his distances. His mother found it hard to believe he could run so far so fast, but he did and just got better and better. In 1907 he entered the renowned Boston Marathon and won, breaking the record. He entered the 1908 Olympics in London, but could not complete the race and was shattered by his fall. However, he soon recovered and won or nearly won every race he was in after that, as an amateur and professional until he retired in the 1930s.
He ended his days working as a street cleaner and postman, but this "didn't cramp his style." He could work outside and walk long distances, which he loved, and he provided well for his family throughout the Depression.
Easily read, this book could inspire many to persist in developing their own abilities. It also offers an explanation for the lack of Native participation in today's competitions. Excellent addition to biography collections. 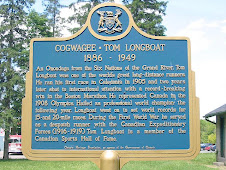 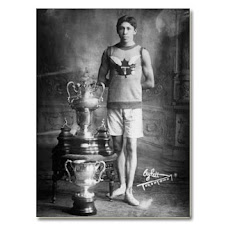 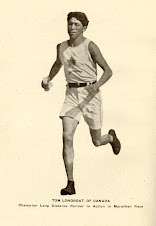 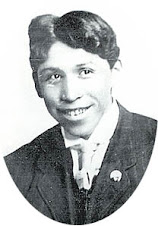 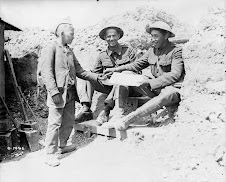 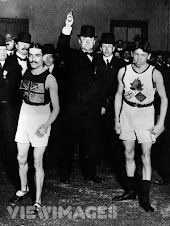